Glamorgan Brewing Company was established in 1994 to bring better brews to the pubs, bars & clubs of South Wales.

After more than 25 years in business we are still family owned and fully independent.

The Glamorgan Beer Company (as it was known back then) was founded by John Anstee in Gorslas, South Wales in 1994. The business was initially focussed on wholesale, supplying beers, wine and spirits to local hospitality businesses.

John is a committed cask ale drinker and, over time, found himself frustrated by the lack of quality Welsh ale available in local pubs. In 2011 he brought a small brewery kit and started developing some recipes with legendary British brewer Ian Mason. Months of refinement and extensive quality testing flew by and we launched under the name Kite Brewery, chosen for the majestic birds that soared the skies above the brewery.

Our first release, Cwrw Gorslas, named after the town of Gorslas where we were brewing at the time,was released to trade in October 2011. That release was swiftly followed by Carmarthen Pale Ale and we found ourselves starting to build momentum.

By late 2012 it became clear that we’d outgrown the space (and brew kit) in Gorslas and would need to move to larger premises. We searched far and wide looking for the perfect location and settled on our current space in Llantrisant, just opposite the royal mint, making the move with our team in 2013. Demand continued to grow and we sold off our old brewery kit and reinvested in a larger set up, increasing our brew length (the amount produced in each batch) by 600%

We chose to rebrand the brewery in 2014 and bring the production and wholesale sides of the business together as Glamorgan Brewing Company. We didn’t completely break with the original identity though -- look closely and you’ll find a silhouetted kite on every bit of artwork we release.

John took a step back from the day to day operations in 2015, handing over the reins to his son Rich and fellow directors Dai and Tyrone, along with a team of 71 passionate, hardworking beer enthusiasts. We’ve continued to develop new recipes, invest in the brewery and spread the word about Glamorgan ever since.

After all… it’s where we’re from.

We’ve got a fantastic crew working with us here at Glamorgan. It’d take too long to introduce them all, but here’s a selection of amazing people who keep our beer flowing: 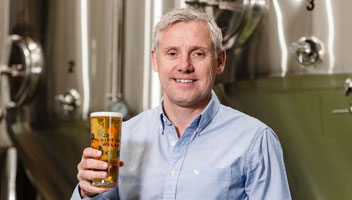 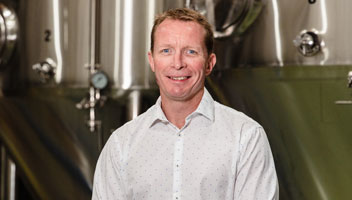 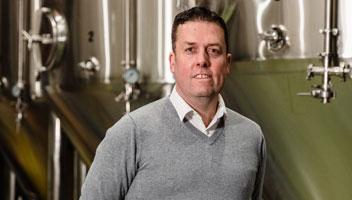 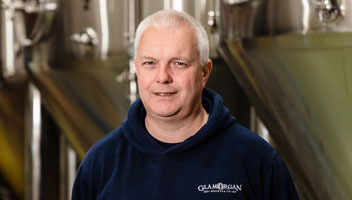 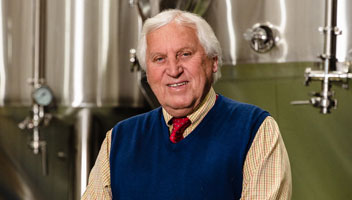 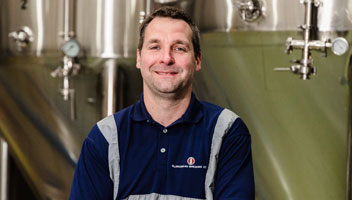 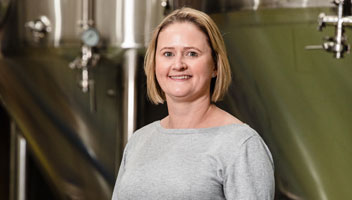 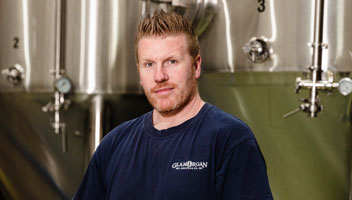 Glamorgan HQ has a fully stocked off-licence on site selling our full core range alongside some hard to find rarities. There's always someone on hand to fill reusable growlers and mini-casks with unbeatable tank fresh beer and we've got a range of bottles and cans from some of our favourite craft breweries as well.