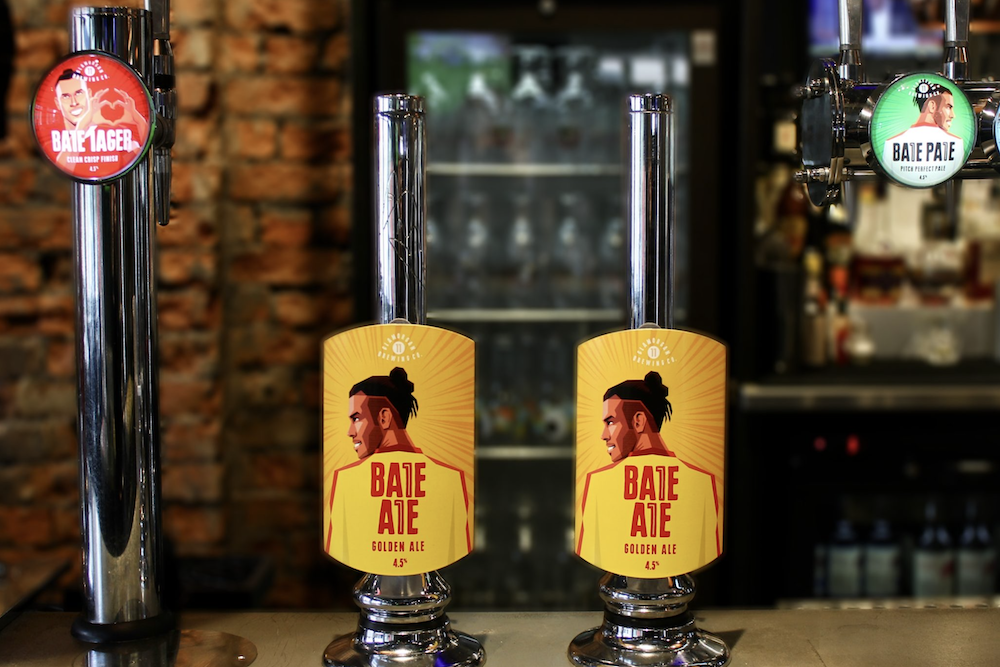 We are bringing you some VERY, VERY exciting news... We have teamed up with the Welsh football legend Gareth Bale to bring you not one, not two, but THREE new beers!!! You will soon be able to order a pint of Bale Ale, Bale Pale and Bale Lager in pubs and bars across the country!

Our three new beers are already available at Bale's Eleven's Bar & Grill and the newly opened Par59 and will be rolling out to other venues very soon. And not only that, over the next few weeks Bale's beers will be hitting the shelves of supermarkets in cans too! #VivaGarethBale