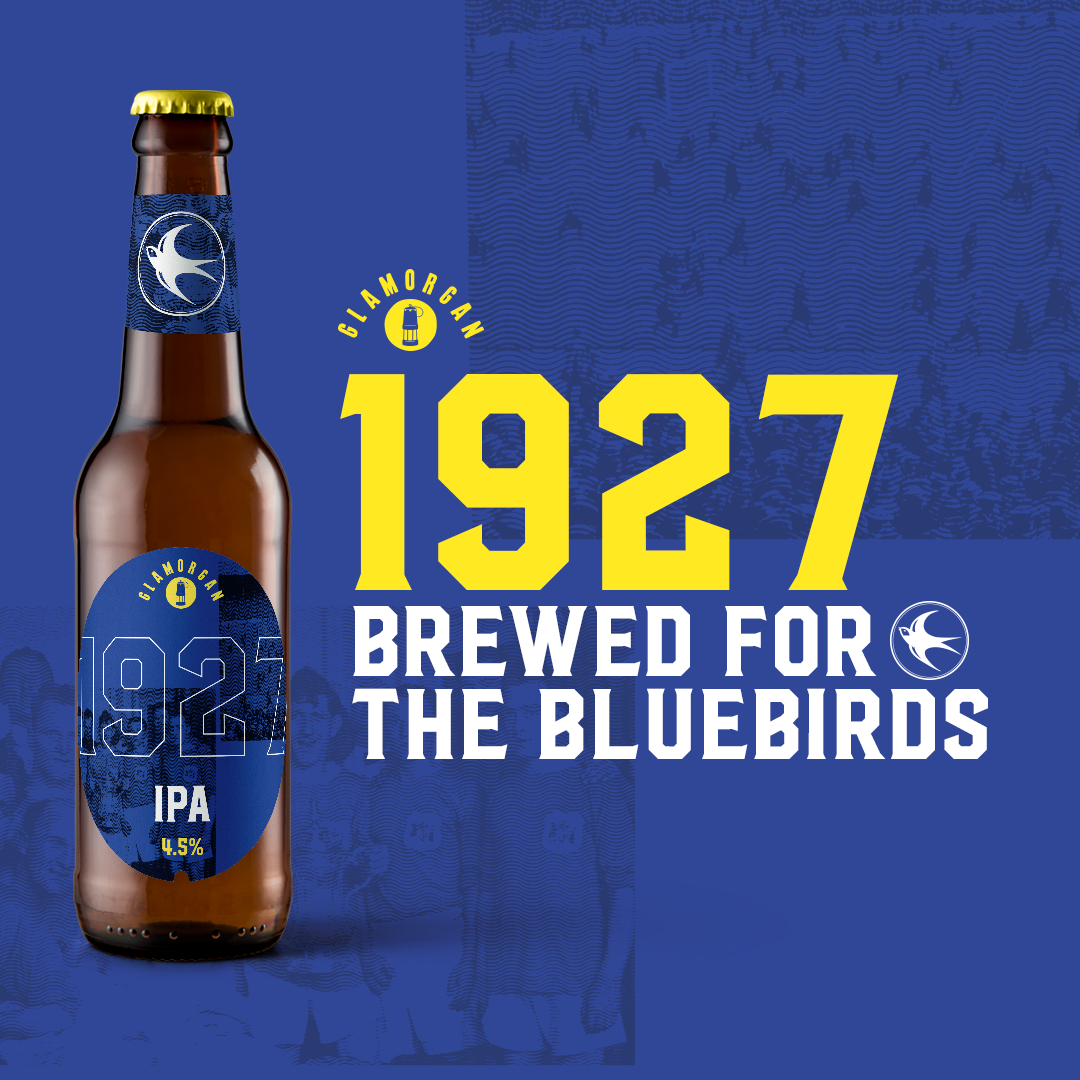 We're kicking off the new year with a new beer. Meet 1927 IPA, a new brew created in partnership with Cardiff City FC and available to drink throughout the Cardiff City stadium every single match day.

The name & artwork were inspired by The Bluebirds' famous 1927 FA Cup victory - the only time a team from outside of England have ever won the competition. We were lucky enough to be granted access to some very special archive imagery of the winning team which appears on the bottle and pump clip - and we love the way the Glamorgan lantern looks alongside CCFC's iconic Bluebird! The liquid is a classic IPA at a sessionable 4.5% ABV, expect soft biscuity malt set against sweet stone fruit with a refreshingly bitter finish.

1927 will be available at the stadium for all home games and will be popping up at some special local venues too.