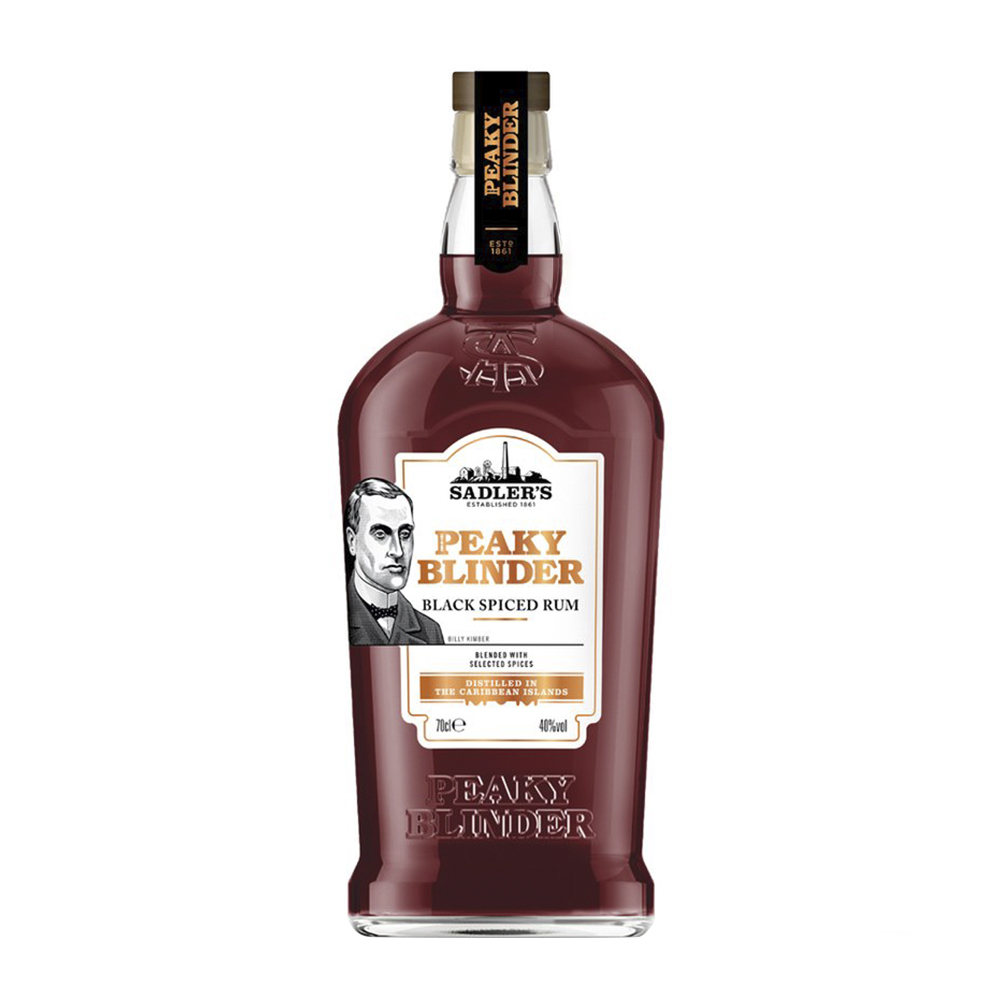 Peaky Blinder Black Spiced Rum is a 40% ABV English rum. Named after the Peaky Blinders street gang from the later 19th and early 20th Century, this is a black spiced rum that has been blended with various spices to help accentuate the rum's flavour profile with helpings of vanilla, clove and flamed orange peel notes.